[Today’s post by Ben Williamson is part of our paid blogging program.]


It’s well-established, as a scientific matter, that preborn embryos and fetuses are living human organisms. Nevertheless, many abortion advocates claim that the human embryo is not really a human being, but is merely a clump of cells, no more valuable than any somatic (body) cell in a human’s body.

For instance, in the July 11, 2001 edition of Reason magazine, author Ronald Bailey claimed: “Sure human embryos carry the full genetic code, but so do ordinary somatic cells. Using cloning technology, we can generate an entire human embryo from one of these cells, thus demonstrating that early embryos are no different in kind from any other bodily cell that’s routinely discarded.” 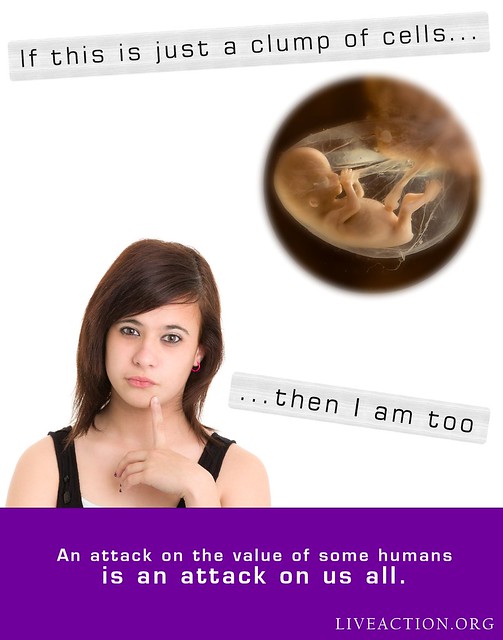 There are two fundamental problems with Bailey’s claim. First, Bailey makes the elementary mistake of conflating parts of a whole with the whole itself. Somatic cells are not an organism, but are merely part of a larger organism. A somatic cell, like a lone egg or sperm cell, will not turn into anything without outside intervention and will not produce anything if left to its own devices. Human embryos, by contrast, are already whole and distinct from their human parents. Moreover, their development is self-guided, as long as they have adequate nutrients. Second, the idea that human embryos are merely collections of cells is not only scientifically inaccurate but is rhetorically charged. The difference between a mere clump of cells and the human embryo is that clumps of cells alone don’t constitute a living organism. If a human embryo is to be a living human embryo, its body parts (cells and organs) have to be working together in a coordinated manner to guide its function and maturity.

The reason why a person is deemed to be clinically dead, even if some individual cells in his or her body are still alive, is that all of his or her bodily functions have ceased to operate due to the failure for the cells to work together in an integrated whole. The human embryo is a living organism because, in a healthy, stable environment, it is able to receive nutrition, and its cells are working together in a coordinated whole. If its cells fail to do that, then the human embryo will die, even though some of those cells will still be alive some time after the human being has died.

This concept was expressed well by Maureen Condic in Life: Defining the Beginning by the End:

What has been lost at death is not merely the activity of the brain or the heart, but more importantly the ability of the body’s parts (organs and cells) to function together as an integrated whole. Although cells of the brain are still alive following brain death, they cease to work together in a coordinated manner to function as a brain should.

The critical difference between a collection of cells and a living organism is the ability of an organism to act in a coordinated manner for the continued health and maintenance of the body as a whole. Dead bodies may have plenty of live cells, but their cells no longer function together in a coordinated manner… Human life is defined by the ability to function as an integrated whole not by the mere presence of living human cells.