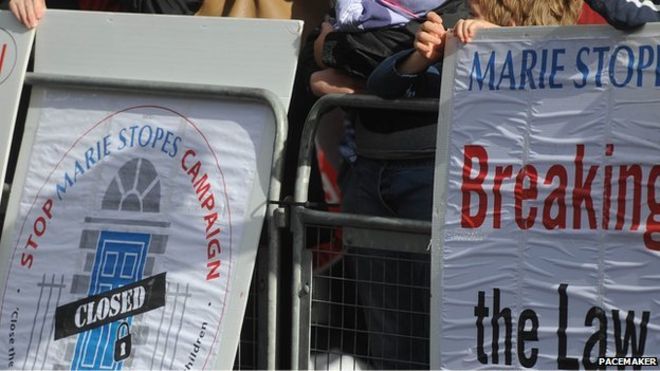 All too often, abortion businesses cut corners with women’s health. This is true not only in the United States but in other countries as well. The legalization of abortion was supposed to make it safe. However, one only has to look at the many failed inspection reports of legal abortion centers to see that a legal abortion is not necessarily a safe one. Abortion facilities often endanger women’s health.

The most recent inspection report from an abortion clinic in England illustrates this. The Marie Stopes abortion chain, a network of abortion clinics similar to Planned Parenthood in the United States, had its Maidstone abortion facility inspected on May 17, 2016. The resulting report was released on February 10, 2017, and it shows major deficiencies that endanger women. Details in the inspection report show poor training, lack of cleanliness, lack of patient privacy, and abortion workers paid on commission, encouraged to sell as many abortions as possible.

The long and detailed inspection report, which can be read at this link, found that:

Infection control systems, processes and practices were not delivered in line with the current national guidance. There was poor hand hygiene, poor use of personal protective equipment and poor pre-surgical preparation.

The report went into more detail. The inspectors noted that:

the sink in the theatre was not used by any member of staff throughout the entire list of 21 patients. We saw a surgeon [who] wore sterile gloves but kept their large, stoned costume rings on when undertaking surgical procedures. This surgeon did not wash their hands or use alcohol gel between patients and failed to follow good hand hygiene practice. Other theatre staff changed their gloves but did not wash their hands or use hand gel between patients…

We observed poor practice in pre-operative preparation of the genitalia. This posed a risk of introducing an infection…

We observed that in the theatre, a member of staff used a single antiseptic wipe to clean all equipment, the couch and the floor between patients.

In addition, not enough time was allocated between patients to properly clean and sterilize the room and instruments.

Keep in mind that this is the way doctors and staffers conducted abortions and cleaned the space while the inspectors were right there, standing over their shoulders and watching. The employees knew that they were being supervised by inspectors and still did not wash their hands or clean properly. If workers were willing to do surgery on 21 women in a row without washing their hands knowing they were being watched, what were they doing when the inspectors weren’t there and no one was watching them?

The inspectors also cited workers for carrying an open bucket of aborted baby remains through the waiting room where women were sitting. Abortions at Maidstone are done through fourteen weeks, so dismembered arms and legs may have been visible among these remains. Inspectors did not note women’s reactions to this, but they found it “poor infection prevention and control practice as well as potentially being offensive to patients waiting.” The abortion facility gave women the option of taking her abortion “remains” home, in which case “they were put into an opaque pot and a release form signed.”

One wonders if the women had been properly educated about what those remains would look like because before making the irrevocable and life-changing decision to abort her baby, patients were only giving “counseling” sessions of fifteen minutes. According to the report:

Appointments were 15 minutes long. Heavy workloads, crowded operating and clinic lists and a strict 15 minute consultation time led to best practice not being adhered to…. Staff we spoke with talked about a lack of time and need to keep the appointment on track. One member of staff said about the information provided, “They can’t take it all in, it’s so fast.” This presented a risk that consent was not fully informed.

We observed a member of staff passing the consent form to the patient to read and sign whilst they cleaned the room. There was no opportunity given for discussion or questions and when questioned the member of staff felt this was because of a lack of time.

Women were not given time to think about their options. In fact:

Staff were also concerned that the pressurized environment … meant that there was a culture that worked against patient choice….One staff member describe it as “feeling like a hamster in a wheel” and said the word, “Cattle market” came up quite a lot.

The abortion facility was so crowded that:

Finally, the abortion workers “expressed concern that they were assessed and bonuses were paid based on performance against Key Performance Indicators (KPIs) for patients.”

“Key Performance Indicators” is a term that means the intended number of abortions to be done on a given day. In plain language, the word used would be “quota.” This was a number set by the management. Staff members were given bonuses and evaluated based on whether or not they met the “key performance indictors” i.e., quotas, of abortions for each day. The inspectors said that “this corporate focus on achieving KPIs worked against the concept of patient choice.”

Although the lack of cleanliness, rushed schedule, poor “counseling,” and abortion quotas were the main things mentioned in the report, the inspectors also said workers were poorly trained and careless when administering anesthesia. The center was also criticized for sending patients, including teenagers, home unescorted after their abortions, even when they had not yet recovered from general anesthesia. Patients drove themselves home or tried to negotiate long bus routes while still under the influence of drugs given to sedate them.

There was very little Marie Stopes did, in the final report, that the inspectors did not find fault with. The overall picture was of a dirty, hazardous facility where women were pressured and rushed through their abortions.
This latest example of rushed, biased counseling and unsterile premises fits with an overall pattern of profit-seeking and indifference to women’s health found in many abortion facilities today.

[Today’s guest post by Sarah Terzo is part of our paid blogging program.]